I love these bags

So, I quit my job as a programmer on Friday in anticipation of becoming a retailer.  As I was cleaning out my desk I came across a post-it with two adages that I had written down for some reason, which I will share.

One is Muphry's law, that says "if you write anything criticizing editing or proofreading there will be a fault of some kind in what you have written".   This is a play on Murphy's law, of course.

The other one was Sturgeon's law, that reads "ninety percent of everything is crap".

So, I was thinking about this ninety percent rule, and I'm not sure about the exact ratio, but there certainly is a lot of crap out there, something I am really going to try to avoid having in our store.  We'll see how that works out, but that's the plan.

In that light, I want to sing the praises of these bags we are going to carry.  Each is hand made, has incredible detail, and is definitely the opposite of crap.  I love just looking at the amazing work by this woman who makes them.  They come from company called Totem, and it's basically this one woman making these bags.  I keep trying to buy more from her, but you can only get a couple at a time.

Here they are against the cinderblock wall in the store, which has since been sandblasted. 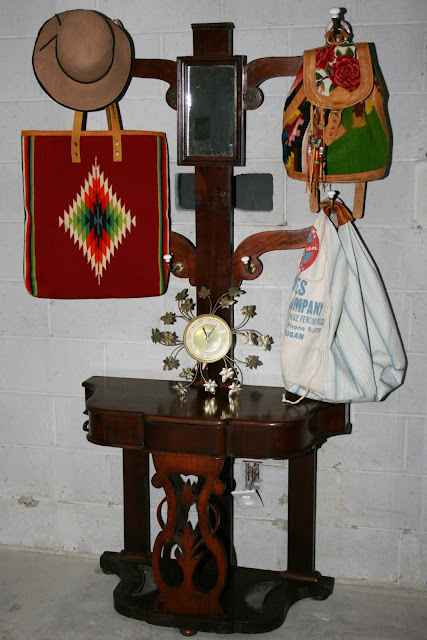 Posted by Twig of Laguna at 2:14 PM No comments: 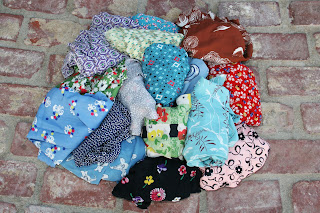 This was such a great find at the Santa Monica flea market.  I came across a booth where a woman was selling bags of rayon from the 40's and they were just beautiful.  Then, as I was pawing through the fabric, I realized that I recognized the fabric, because I owned a dress made from one piece.  It turns out this woman had a shop on Melrose in LA, where she sold these beautiful, handmade dresses.  They were REALLY pricey--even the one that I bought which was on sale.  Well, she closed her shop, and here was all the fabric!  Score!

I have a lot of ideas but right now I am in the process of making some things for a local play called Lagunatics.  I'm making a hat like the one Beatrice wore to the royal wedding for a drag queen number.  Photos coming when I finish.
Posted by Twig of Laguna at 12:19 AM No comments: