This is the end of our second year!  David and I have learned a lot from the retail business during this time, as well as life, art, people, the economy, and business in general.  The best part has been meeting a lot of interesting people--many of whom come into the store from nearby and faraway places, and many of whom we meet at trade shows, antique stores, flea markets, showrooms etc.  I especially have loved meeting the really creative people who I didn't know existed until we started this thing.  There are thousands of people in the area collecting crazy old stuff, and sometimes making something new out of it, as well as people who make jewelry, candles, signs, t-shirts, decoupage, paper things, silk screening, letterpress, ceramics, oragami and more.  I absolutely love this part.  There are so many people that I have met that inspire me.  I was going to list them, but it's impossible.

There have been a couple of things that David and I made earlier this year that I want to add to this blog, too.  We have been helping to make costumes and props for No Square Theater for several years.  This is a skirt that Hannah, our piano teacher's daughter wore for "Lucky Stiff."  It's a roulette wheel skirt that she wore for a casino number. 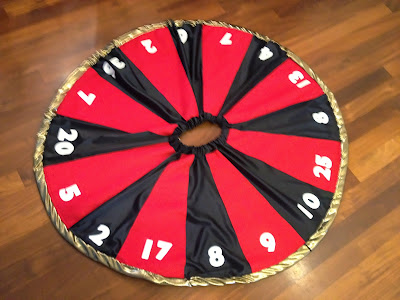 In the same number a cast member dressed like the painting of Mona Lisa.  We cut out holes for her face and hands. 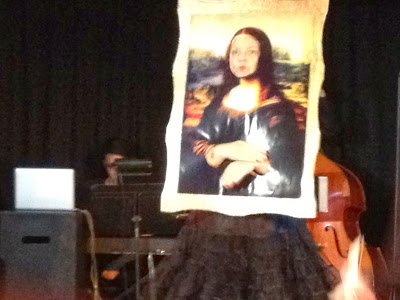 Then there were the things we made for "Lagunatics" which was scheduled to take place in October, but had to be postponed due to mold found in the theater.  It has been re-scheduled for January.  There is one number where the performers sing about the San Onofre power plant, which was taken offline years ago, but still can be seen when driving down PCH.  We made the replicas out of chicken wire and paper mache. 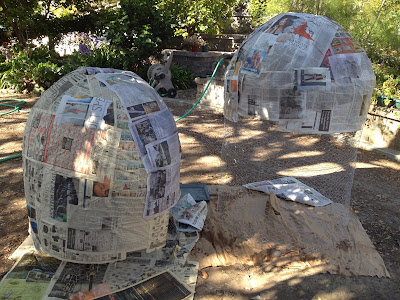 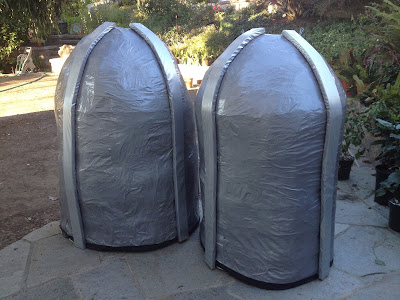 And then the actors wear these on their heads. 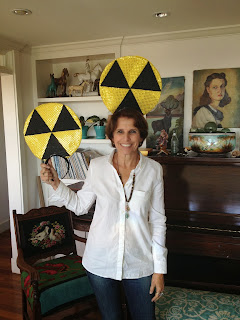 Lastly we made these head pieces that get worn again and again in various numbers about traffic, parking, etc that always seems to be a topic in Lagunatics.  The hole is for the character's face. 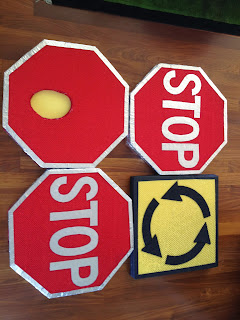 I am getting more and more obsessed with vintage silver plated flatware.  My friend Martha has be teaching me what to look for, where to find it, how to clean it, etc.  She also recently bought me several hundred pieces that I will sell at Twig.

Here is as sample.  And these are just the serving forks! 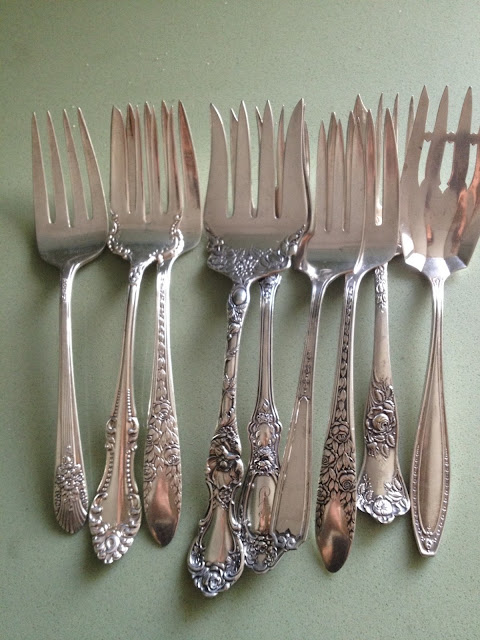 Posted by Twig of Laguna at 1:18 AM No comments:

80's dresses and other inspirations.

The 80's weren't that long ago, right?  Except they were.  Remember big hair and shoulder pads?...yikes.  I have been collecting dresses from flea markets and updating them by throwing away the shoulder pads (far far away), making them shorter, and cutting out the backs in some cases.  Then, I remembered I had the centers from the lace vintage skirts, which I turned into HEARTS, and appliqued to the backs of the 80's dresses.  Turned out pretty cute, and I sold them both in no time. 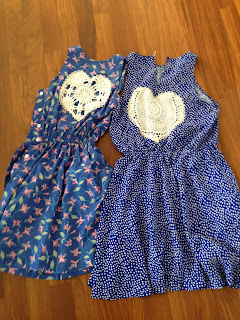 Recently, Laguna Beach High School did and amazing production of "Hello Dolly."  David and I were called upon to make a FAKE TURKEY for a funny scene in a restaurant.  David got out the chicken wire, and I got out the newspaper, glue, and acrylic paint, and this is what we came up with. 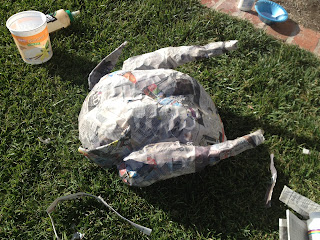 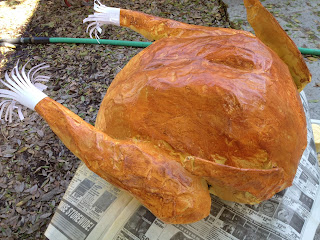 We also made this banner for the parade scene, "Before the Parade Passes By." 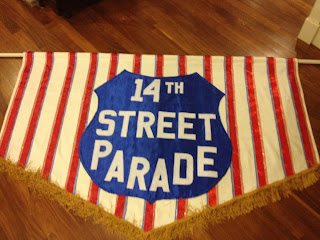 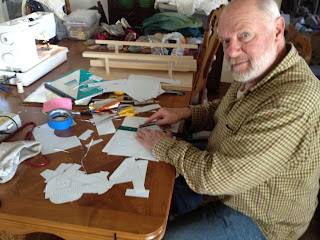 Finally, I had this circa 1970's stretchy knit fabric with a fun, colorful print, that I made into this pull on skirt.  I LOVE it.  It's so retro.  You don't see fabric like this anymore. 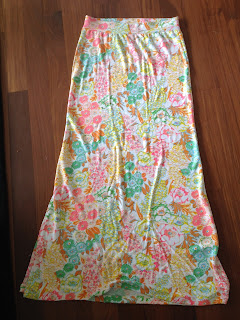 Posted by Twig of Laguna at 6:53 PM No comments: