We're getting really close to having the construction done, and I am getting a little nervous.

What was I thinking?

The house is over-flowing with merchandise.  I sure hope people still have a lot more Christmas shopping to do, because we have gifts.  And cards. And Christmas ornaments. And fun books. And jewelry. And a boatload of very cool t-shirts.  All we have to do is tag 'em, carry everything over, set it all up, open the doors, and see who walks in.

What could possibly go wrong. 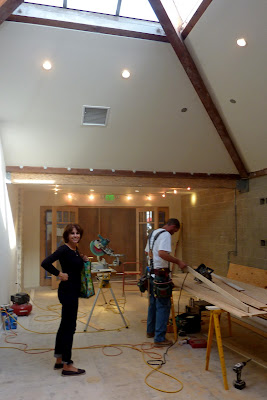 And here are some earlier stages of constuction: 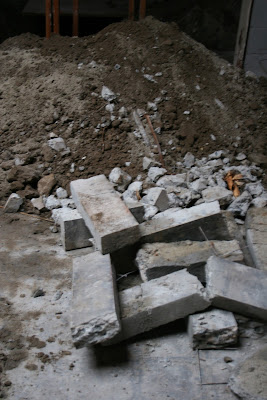 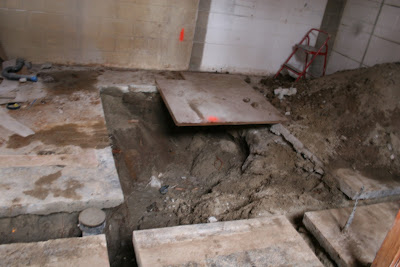 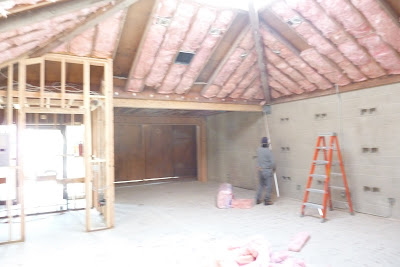 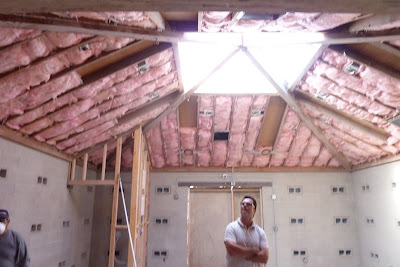 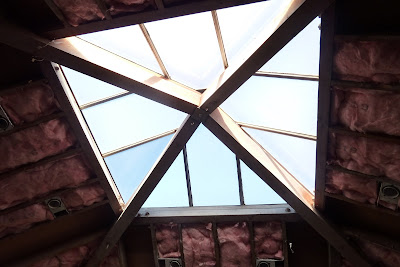 I have been sewing costumes for the high school plays since my daughter was a freshman 8 years ago.  It's so much fun.  I get to make really big sparkly over-the-top things and people want them and go ooh aah and I get to see them on stage.  That's the good part.  The bad part is looking for the right pair of shoes at the Goodwill for someone, or making ten indentical tunics, and even that's not so bad.

I also got hooked up with No Square Theater - Lagunatics, which is a local theater group that does a summer show and a spoof about Laguna Beach in the fall.  I did Rocky Horror Picture Show for them, and a bunch of other things that involved goat costumes, aliens, nude statues, elephants, a rhinocerous, etc.

Turns out my husband David is REALLY GOOD at making props, too.  He made a magic mirror for Beauty and the Beast, a dead deer for A Lie of the Mind, and now he is working on a magic cane.

Here's a club he made out of a stick and foam. It's going to be used by Jack in the Beanstock to kill the giant. 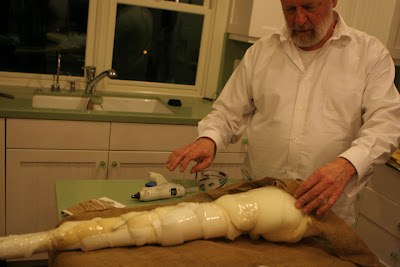 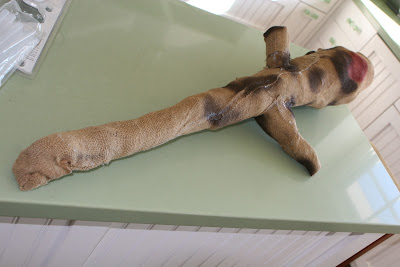 And here's a dress that Cinderella will wear to the ball.  I added the sleeves and blinged it up.  This dress started out being a quincanera dress that someone donated to the high school, and when our daughter's friend Genny saw it on the floor she said, "Hey, that's my old dress!  I sold it to someone at a garage sale."  I guess this is a really small town. 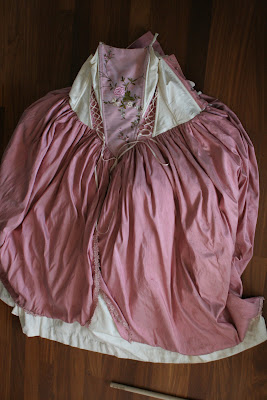 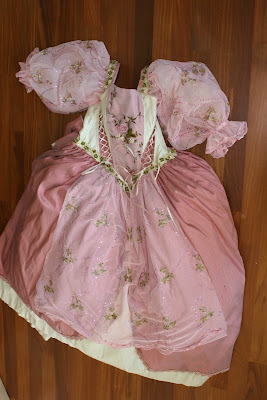 Also, the witch's dress.  It started out white, I dyed it blue and added a bunch of bling. 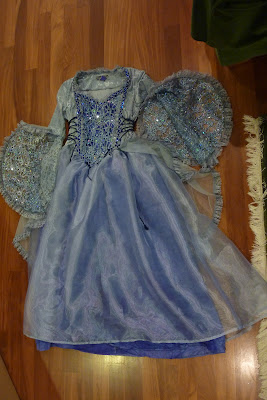 Last but not least, I made this "Beatrice hat" (from the royal wedding) for a guy to wear in the drag number in Lagunatics.  When he came out on stage the first time wearing it, I heard someone in the audience whisper, "Beatrice" so at least someone got it. 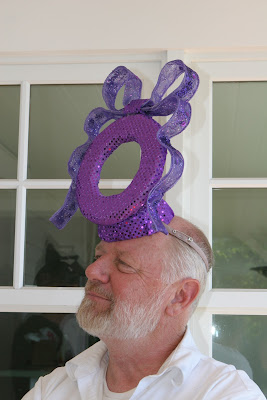